We hold workshops every month(ish), checkout our upcoming workshops page for future events. 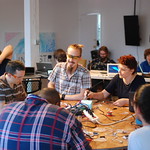 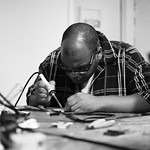 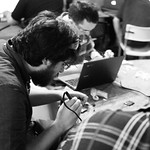 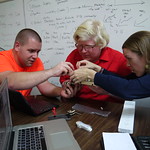 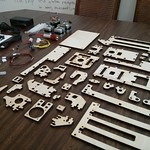 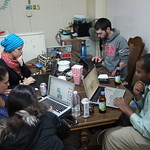 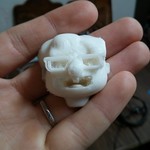 Not only do you learn how to solder, but you get to build and take home an Arduino project.

All components are provided + soldering tools and instruction.

Bring along your own laptop if you want to program the Arduino yourself.

Build your own Arduino Sound Meter

With a built in microphone, this Arduino based sound meter will sample the surrounding audio, run it through a furrier transform, and display the corresponding sound levels on it's 8x8 bi-color led bar-graph.

As with all these Arduino projects, your control the code, so you control what it does. Use our code as the base, and take it wherever you want!

Build your own Arduino Clock

This workshop takes around 3 hours and will take you through the basics of assembling your own Arduino Clock.

The clock is made up of a 4 character 7 segment display, Arduino and battery backed calendar chip - to keep proper time, even when the cluck is unplugged. 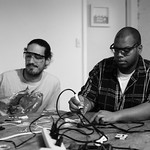 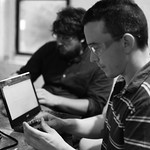 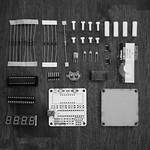 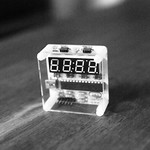 Build your own Arduino Temperature Sensor

Looking very similar to the Arduino Clock, this will simply display the current temperature with it's built in digital temperature sensor. A button has been provided, use it to change units, or as a reset button for maximum/minimum temperature detection.

Sew your own LED gloves

Join us and learn the basics of sewable electronics. You'll walk home with the basic skills PLUS your new LED lit clothes. 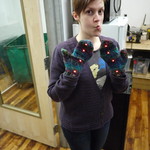 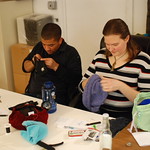 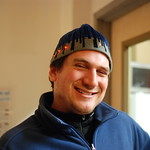 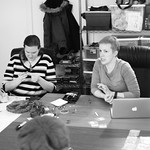 Back to basics drawing, from stick men to 3D models. You will learn how and why to draw as a means of communication, and be ready to produce your drawings on a 3D printer!

What we cover: We will begin with 3D drawing by hand, covering the fundamentals. This will lead on to drawing a simple 3D model in CAD. 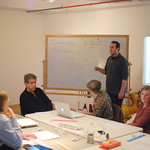 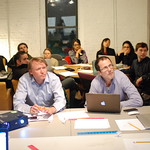 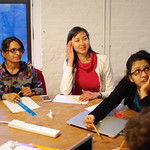 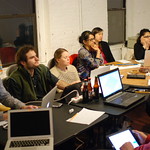 Raspberry Pi 101: Turning your Pi into a server

This is for anybody interested in learning how to run a Raspberry Pi as a server and access it from anywhere in the world. No prior experience with Linux or the Raspberry Pi is necessary.

We are collaborating again with the Boston Drunken Knitwits and are having some of the members teaching crochet. Join if you want to learn some crocheting or knitting or just rock up to see if we've be able to make something at the end of it! 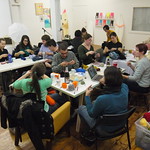 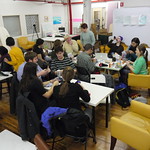 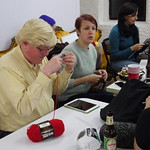 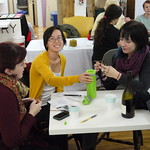 Marcello said "People have been asking me to teach how to solder SMD parts. I was thinking of giving a free workshop at the hackspace. I just got in touch with the representative or chipquick and he is sending me samples so we can teach how to solder and desolder using standard soldering iron."

Design and Print a 3D object

We're putting our new 3D printer to work, and giving you the opportunity to design and print your own 3D objects.

We'll be learning the basic design skills you will need to get started, constructing objects, building up your designs and manipulating them in 3D.

We'll then fire up the 3D printer, and get some of them printed. 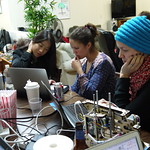 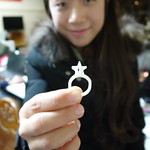 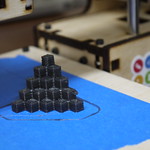 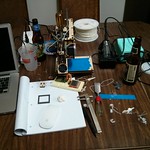